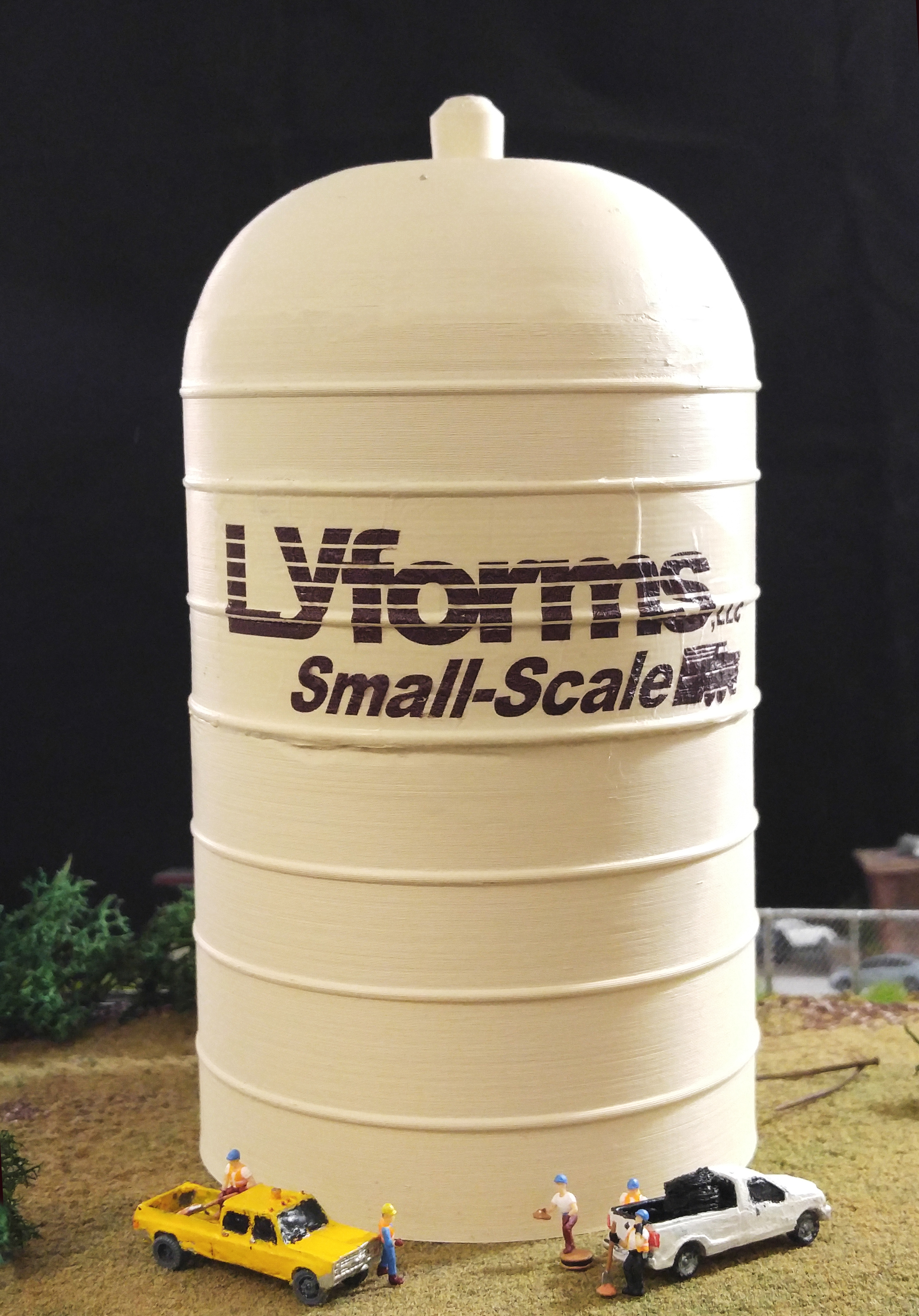 SK020, the water tower styled after a mid 20th century standpipe, was an idea that had been in my head for quite a while before Lyforms Small-Scale was started. Just like SK019, I always planned on it being one of the earliest kits printed.

As I stated in my blog entry Water Towers, Part I, I am amazed at how little variation and selection there is for water towers in the marketplace. That's why I decided to make my own.

I've seen the style of standpipe like SK020 ever since I can remember. I've always been amazed at the dichotomy that they exhibit: they are such a simple design and yet very monstrous in scale. And they always were painted in white or aqua blue that had been faded from many years of being exposed to the sun and other elements.

When I originally designed SK020, I included an exterior maintenance ladder that ran alongside the full height of the kit. While it looked good on the computer, it didn't turn out the way I expected after printing. The railings and safety cages required so many support scaffolds that they obscured these details. I decided to keep the design simple and left it off. Maybe I'll attempt then again at a later date.

One of the characteristics of this style of water tower is the visible nature of the welded seams between the tank sections. I initially designed them much smaller, but they were too small for the eye to see after printing. I wanted SK020 to be immediately identifiable to those who have seen this style of water tower before. When I enlarged the seams, they were much more visible by the eye at a distance. These provide a perfect excuse to add some weathering like rust streaks.

While this style of water tower may be a bit of an ugly duckling and many have been replaced by nicer looking towers (see SK019), I feel that it has an important place in the model railroad marketplace as it provides more options for eras from the 1950's to the present. It will easily fit into a layout from that time period. If you haven't looked at it in the Kits section, please check it out. Maybe you can find a place for it on your layout!