Lyforms, LLC is a small-run additive manufacturing company. It is owned by Rafe Lyford and located in the Twin Cities, Minnesota, USA.

What is additive manufacturing?

Additive manufacturing is another name for 3D printing. The process builds things by taking a material and adding one layer at a time until the objects are completed. It is called additive because it "adds" layers rather than "subtracting" them like when you carving a sculpture.

What makes the objects?

There are two main components that are used to create objects: computer aided design (CAD) software and a 3D printing device.

The object is designed digitally on the CAD software running on a computer. It allows you to manipulate the object in a 3D representation so that you can see all sides of it.

When the design is complete, the object is saved as digital data and loaded into a 3D printer. The 3D printer takes that data and uses them as instructions on how to build the object from the tangible material that is also loaded on the printer. 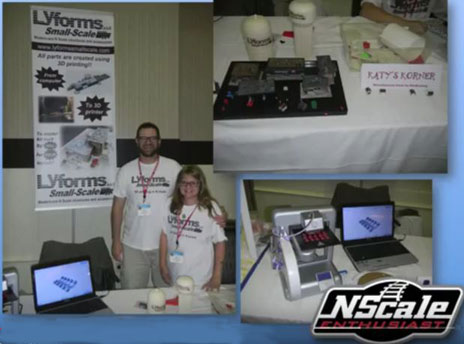 What's the story behind Lyforms Small-Scale? 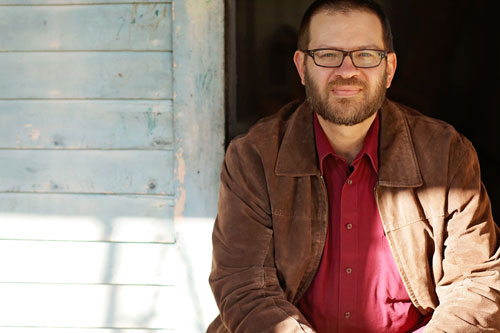 My name is Rafe Lyford. I have been a model railroading geek since I received my first model train from Santa Claus when I was very young. It was in n-scale because my parents' house didn't have room for anything larger. I spent countless hours building my layout and became frustrated that there was a shortage of structures, vehicles, and other accessories from the present, modern day era. How could I build a modern-era layout without them? The best that I could do was kit bash existing kits into something more modern. This worked, but I still had lots of ideas for modern-era building kits that didn't exist.

Years passed, I grew up, left home, went to college, got a job, got married, had kids. You know, the usual grown up stuff. Model railroading took a backseat and I forgot about my frustrations. Who had time for it anymore anyways?

Fast forward to 2009-2010 when I read about 3D printing in Wired magazine. 3D printers were just entering the consumer market. It immediately sparked my interest and I suddenly all of the ideas for modern-era buildings returned! Imagine the multitude of n-scale building kits that I could make with a 3D printer! I could FINALLY get my repressed ideas out of my head and onto the table! The size of the printers hitting the consumer market had small build areas, but they would work well for n scale. I became obsessed with getting a 3D printer of my own...

In 2013, I acquired my first 3D printer, a slightly used, first generation Cube from 3D Systems. It perfect for me because it did a lot of things for you and allowed me to focus on learning how to use the material and the creative process. It uses ABS plastic filament loaded on a spool and melts it so that it can deposit layer by layer to build objects. Lucky for me, the seller also included a whole lot of filament that I wasn't expecting, so I was able to do a lot of experimentation without racking up a lot of filament costs. It took me about 3 years to finally got through it all!

My first CAD program was Google Sketch-Up. It's a great tool, but I found it cumbersome to use. I then loaded a CAD program from Autodesk called 123D Design and immediately found it easier to use. I designed my first building as a single structure and then broke it apart into pieces for printing. After a year of trial and error, I finally had the first Lyforms Small-Scale kit: SK001.

Since then, I have continued to create more kits and parts for n scalers to enjoy. I have expanded and improved my equipment. I'm meeting new n scalers that share my enthusiasm. I have a log list of ideas to go through and bring to life. The journey has just begun! I look forward to sharing it with you!

Thank you for your interest!