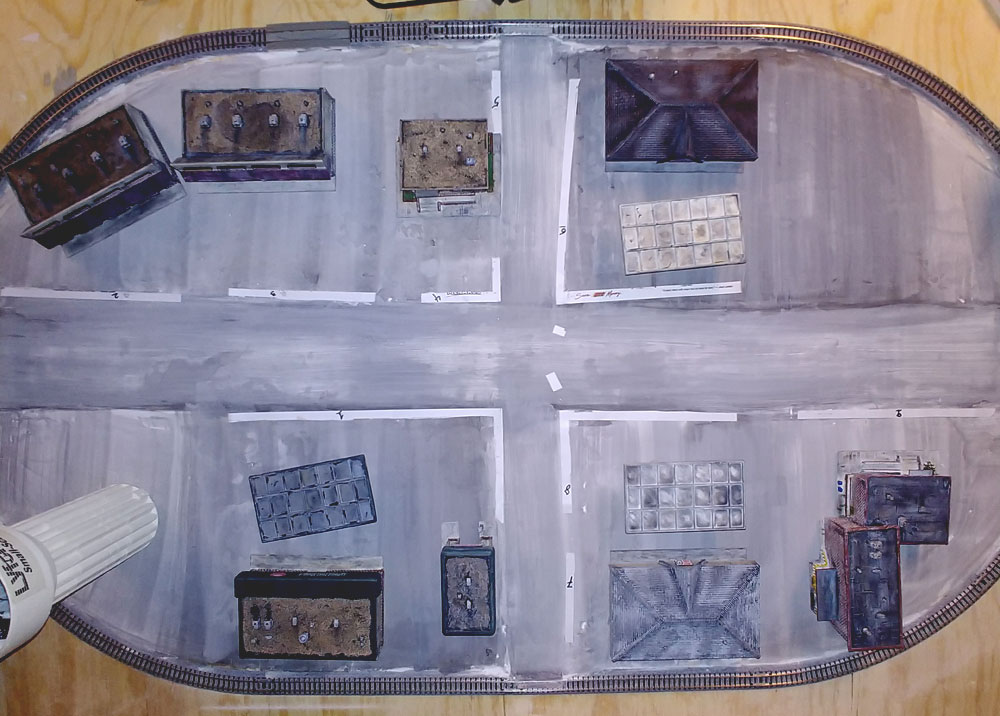 The streets and parking lots required some separation, so after I figured out the plan for placing all of the Lyforms Small-Scale model kits for the initial layout, I cut out strips of paper and used them to determine curb placement. It took a little cutting and taping to make corners and business driveways/entrances. Once the curb dimensions were determined, I went on to my laptop and designed the curbs based on the paper dimensions. Each piece is about 3mm tall on the edges which create a lip with an indentation down the center on top. This would be used to place scenery elements such as turf, rocks, bushes, or grass.

When the digital designs were completed, I loaded them onto the 3D printers and printed them all out. From there, they were painted with Woodland Scenics Top Coat Pavement and then brown turf was applied on top followed by 2mm static grass. I may add rocks, trees, and other foliage later. Since the layout is flat, they lay down flat against the surface which negates the need to glue them down. This will allow me to use different curb variations in the future, provided that I'm not too lazy!

I wanted to include a couple of green spaces to showcase the two Lyforms Small-Scale water towers, so I planned two of them in opposite corners of the layout inside the track loop. Since I wanted the layout to be flexible to change the scenery in the future, I decided to apply static grass to a layer that would go ontop of the surface of the plywood. The material for this layer would need to be less porous than paper and very thin so as not to stand out too much. It seems like we always have a lot of plastic binder sheets laying around, so I grabbed some of those and cut them down to match the shapes of their locations on the layout. I painted them brown, applied brown turf, and then laid down the 2mm static grass. This caused the plastic to curl up, so I ended up gluing it down to the layout surface with white glue. It will probably take a little effort, but it shouldn't be too difficult to scrape them off when I'm ready for something new.

Last but certainly not least, Woodland Scenics fine ballast was applied to the Kato Unitrack. I used a combination of techniques that I found online. First, I painted in between the ties and the sides of the track bed with non diluted white glue. While the glue was still wet, I sprinkled a thin layer of ballast. The purpose of this layer is not to cover the track bed entirely, but rather to provide a rougher surface to which a second layer of ballast will be applied to provide coverage. The second layer was applied by covering the track bed sides with more ballast, soaking it with rubbing alcohol using a dropper, then soaking it with Woodland Scenics Scenic Cement using a dropper. The rubbing alcohol allows the Scenic Cement to fully sink in to the ballast. Once the Scenic Cement dries, it will turn crusty and prevent it from falling apart. This will help when the layout is stowed away.

While there's always more that can be done to a model railroad layout, I'm quite pleased with this initial version. I was able to achieve all of the original goals. It exposed me to new products and techniques which has provided me with ideas for future layouts. Most importantly, I've got a layout where I can run my rolling stock and watch them go for hours and hours! Can't beat that!

Check back later when I hope to have more photos and videos of the finished layout! 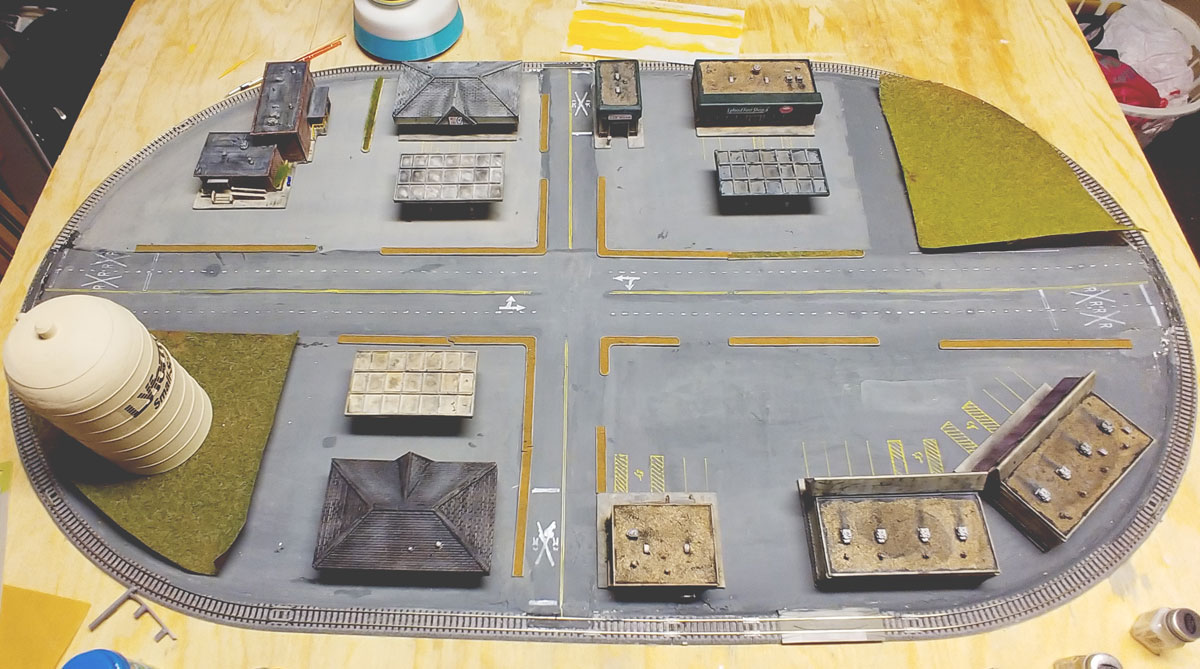